The whole in parts 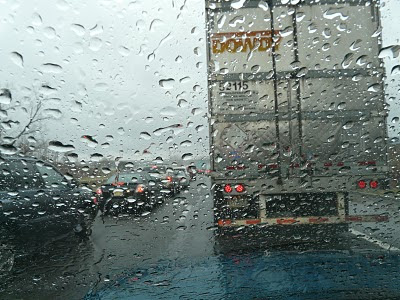 I ended up staying in Long Island a little longer than planned. It wasn't the best trip ever. It started with a four hour(!) traffic jam just outside of NYC. It rained hard on and off. I watched people in cars until I couldn't stand it any more...fat three year olds on cell phones, young college students reading newspapers, old couples arguing about the traffic situation, creepy guys smiling and nodding to me, a truck with flames painted on the hood who wouldn't let anyone pass him NO MATTER WHAT. (I liked him and together we kept the bald dude in a Mercedes from trying to sneak up the side.) By the time I reached the George Washington Bridge I was starving and had to use the bathroom in the worst way. Little did the chatty toll booth woman know that I was ready to donate my bladder science. To make matters even worse I was driving a borrowed truck that had all the giddyup of a vintage riding lawnmower. During the times when traffic was moving nicely along I was there with my foot all the way down on the gas pedal barely going over 55. Sigh...

The actual visit wasn't much better. Unfortunately my grandmother had to be taken to the hospital due to a collapsed lung and my grandfather was very confused by all the packing and moving that was going on. It was hard to see their house in such an altered state. It was hard to walk around and choose which items I wanted, which things had the most meaning to me. I used to think that everything in that house had meaning to me but then I realized that everything has to stay in that house to maintain the meaning. It is the whole, not the parts. My brother and I looked through hundreds of paintings, remembering when some were first painted, remembering the stories behind others. I selected pieces that had personal meaning to me and I look forward to sharing some of them with you one day. Both of my grandparent's are incredible artists, still. 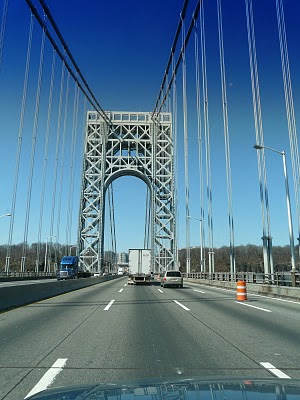 The ride home was clear and sunny. 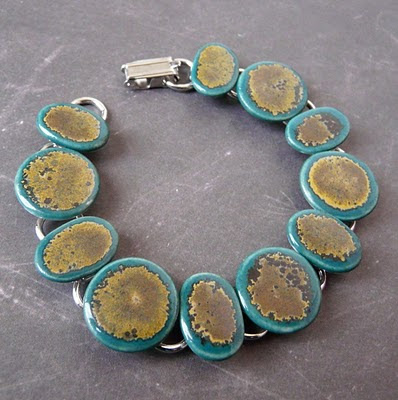 In other news, I am trying to get back into the swing of things. I listed some new pieces in the shop today, one of which is this bracelet with this amazing glaze. I mixed up the dark teal glaze a while ago and was not impressed with it. On its own it is pretty blah, but when layered with other glazes it does very cool things! 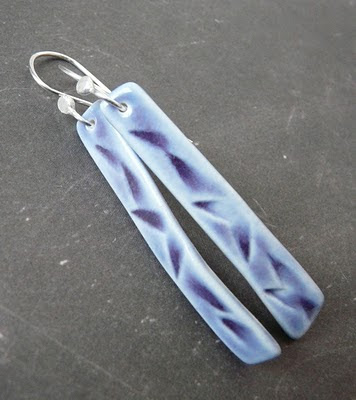 This is a pair of one-of-kind earrings. They are little mismatched and wonky - I love them. 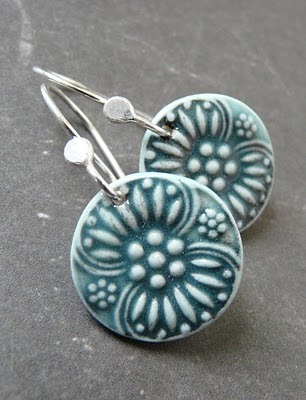 This has remained one of my favorite designs. It is so delicate and feminine and in my "dirty" turquoise glaze it is just yummy!
Posted by Round Rabbit at 6:58 PM

I love the bracelet, you are right the torquise glaze layer is very cool looking.

Sorry to hear your trip was a bit of a bummer, I do hope your grandmother is much better and that your grandfather is a little more settled.

I know it must be hard to pack up your grandparents home but just think about how close they will be to you and how much time you can spend with them....

I'm sorry about your grandmother.


I do love those earrings! Speaking of earrings, I'm wearing mine now, love the necklace, and appreciate the heart!!!