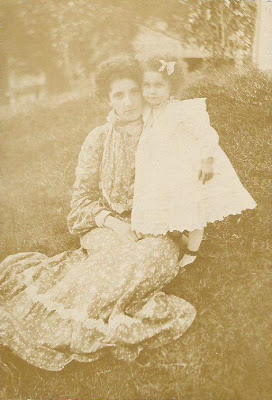 I thought today was a good day to look at some beautiful images from the past (don't forget to click for the close-up). Perhaps it is just the romantic in me but it seems that people paid more attention to looking nice in the past. Then again, we are only seeing one moment in their lives. Maybe the rest of the time they laid around in sweatpants and a t-shirt. Hmm... Somehow I doubt that. 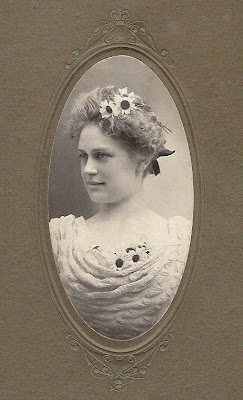 I believe that the woman pictured above and below are one and the same. I purchased both photos at the same time and when I got home and had a closer look I realized that they are of the same woman, she is perhaps just a little older in the photo below. 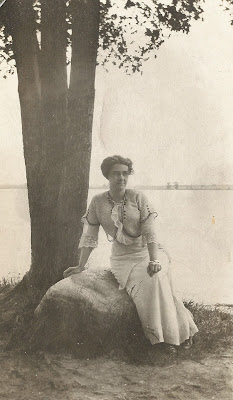 The photo below depicts such an idyllic scene. There are roads not far from where I live that look like this in the Summer. Perhaps it was taken in this part of New York? I guess it could be any number of places but it is fun to imagine that I could look upon the same scene 100 years later. 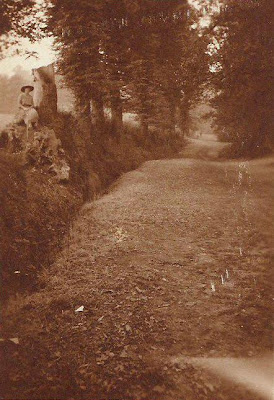 I love looking at old photographs. These are lovely...

I love old photos like these. They did seem to look nicer back then...at least in photos. But then, I'm glad I don't have to wear skirts all the time too!